15-year-old Danny Herrera and his girlfriend were crossing the street one evening in October when a driver failed to yield and plowed into them. The two went up over the car, resulting in a dislocated knee for Herrera and a concussion for his girlfriend.

This kind of accident is all too common, and our response is often the same. We curse distracted drivers and our hurry-up culture that prioritizes the fast movement of vehicles over pedestrian safety. We storm city hall calling for necessary changes to pedestrian infrastructure to keep people safe. We vilify the driver, calling for their license or better testing.

Something, anything to stop these kinds of accidents.

But Herrera’s response was completely uncommon.

He stormed city hall and approached the podium on his crutches to speak up during citizen comments. But instead of yelling for action from city leaders or scolding bad drivers, Herrera simply said thank you. He was grateful for the outpouring of support from the community and the actions of first responders.

I’m absolutely floored that anyone in that situation would express gratitude. Herrera was run over by a car, yet he says thank you.

Some might see that as weakness. I see it as an incredible depth of character.

Gratitude is uncommon today. Even though we have a major national holiday named for it, we don’t actually do a lot of giving thanks. Sure, we say thanks when it’s required or expected. Thanks for bringing my food. Thanks for doing your job. Thanks for giving me what I deserve.

But gratitude should be way beyond requirement or expectation. We should be radically grateful, like a 15-year-old accident victim who says thank you.

That’s not always easy when you’re overworked, overloaded, and overwhelmed. Working in the church can sometimes wear you down, and it’s hard to be thankful, let alone radically thankful.

The Bible tells us to “give thanks in all circumstances” (1 Thessalonians 5:18, NIV), because that attitude of gratitude can shift our mood and help us be better instruments of God’s love on earth, even when things aren’t going well—like getting run over by a car.

Be thankful, beyond turkey and potatoes. Whether you’re in an amazing church where everything comes together, or if you’re scratching and fighting for a coherent strategy—find a way to be thankful.

Look for something every day that you can be thankful for. Keep a list. It’s easy to be thankful at Thanksgiving, but give it a week, when the deadlines pile up and you’re feeling the holiday stress. Those are the hard circumstances where it’s so vital to find a sense of gratitude.

That’s exactly when we need to “give thanks to the Lord,” as it says over and over again in the Psalms.

Social Media Marketing InfluencersWe reached out to social media influencers asking if they would share their answers to the following question:What is your number one social media tip for nonprofits that want to grow and retain their audience online?Here’s what they said:Social Media Marketing StatisticsWant to know what platform you should be leveraging to maximize… 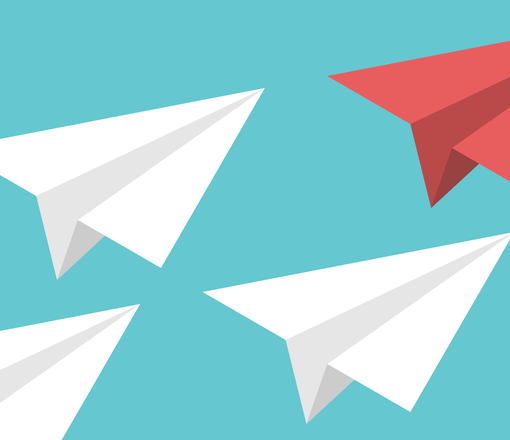 Sometimes, you’ll ace an interview only to never hear from that company again. There are few things as frustrating, and in our experience, it can throw you off your game. In some cases, someone else may have expressed more interest in the job, so they snatched the position away. The easiest way to show recruiters…

In today’s landscape of mobile and online technology, nonprofits are flooded with a large variety of choices for almost any solution they can think of.This principle applies similarly to the event management and fundraising spaces.In this article, we’re going to share:Why nonprofits are investing in mobile giving to reach their fundraising goals.Real use cases for…

As communication professionals often tasked with coming up with killer creative ideas, you should know by now that lightning rarely strikes. If you sit around waiting for inspiration to show up, you’re going to be sitting alone for a while. Instead, the creative life is built on habit. The late writer Octavia Butler put it… 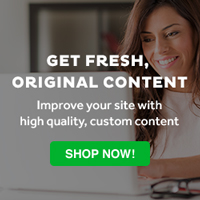